A version of the following interview was printed in JAB28 (the Journal of Artist's Books). It was one of many interviews about the distribution of artist books I produced for this issue. This one really stuck with me. I am indicated by my initials BG, and the remarkable artist Jan Voss is indicated with his initials. 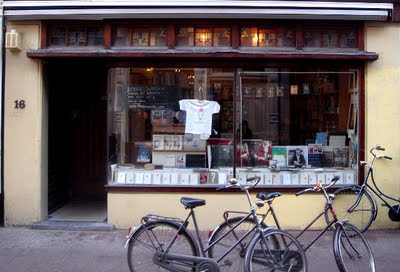 A little background: In 1985, a group of artists in Amsterdam were frustrated by the lack of outlets for their printed work. At the time there were 2 or 3 bookstores in Germany and the Netherlands that would take a few copies of artist books on consignment. In this atmosphere Boekie Woekie opened, initially to meet their own need to reach the public. The store is now 70 square meters containing artists’ books of all kinds, representing over three thousand artists; the largest European distributer for artist books.
Artist Jan Voss was born in Germany, April 1945. He attended the Art Academy of Dusseldorf from 1966 to 1971. In 1977 he settled in Amsterdam. He and some friends opened Boekie Woekie, books by artists, in 1986. He is also a founding member of the Dieter Roth Academy, which was established in 2000. 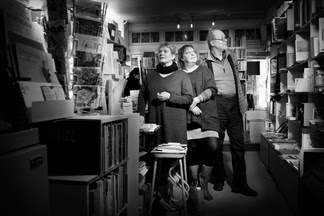 BG- Boekie Woekie first opened it’s doors nearly a quarter of a century ago; initially as an outlet for the artists’ books of the six founding members. Was this an effort to put work directly in a viewer’s hands while bypassing the gatekeeping of critics and galleries? Or was it more a matter of necessity? In those first years did Boekie Woekie have a specific audience it hoped to reach, such as the non-gallery-attending public?
JV- Our aspirations were directed toward opening a book box by the side of the road to create an existence in reality for our books, basically as a prolongation of the printing process.
BG-Did you consider the shop a political or social act? Does BW have a specific political or social stance? If so, what is it?
JV-Of course it was a politically motivated act, we wanted change, away from the situation that only factory made books. But by maintaining the role of shop owners/keepers through a long period of time, during which we needed to learn to cooperate, not to compete with each other (as the artist’s role in our society usually wants us to) we learned to understand what our political act needed to include: now we understand that doing it is the goal. I mean to say, had we stopped after 5 years, not moved on, not changed the concept of BW, it would have been a prolonged performance, an art event, something even a benevolent public would have seen as one of those charming little metaphors artists are capable of. But the political act is the act of artists who have created a total –a world one can walk around in, sit down in, look out from or into blank or crowded pages, ever changing, indescribable, meaningful to many, which even feeds those who develop it.
BG-In the early 1990s BW changed locations, reorganized, and began accepting books by other artists. Can you characterize the curatorial prerogatives of BW? Have they changed over the years?
JV-We decided to reject books which we saw as no more than displays of craftsmanship, that hurdle still stands. We dropped the idea that books had to be made with the money of the artist. We still don’t like the idea of subsidized art (we never asked for public money for BW or other sponsorship). 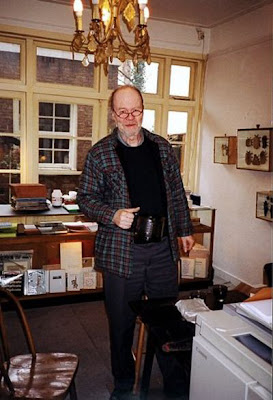 BG-Those who run BW are practicing artists who consider the shop itself “a sculpture in progress.” I take this to mean it is ever-changing. How do you think the work BW chooses to represent has been shaped by its’ patrons? And do you have any observations about trends in the sophistication or content of the work you represent over the years?
JV-Ah, I see, I made the response above a bit too early; it would belong partly here. Most works we receive in recent years comes from totally unexpected sources. We can’t therefore be seen as responsible in any way for their existence. I think there is something in the air, something is changing, there is an increase in the number of people who “dare” to publish on their own and don’t fear to be seen as fools.
BG-The shop has grown to represent about 7000 titles of almost exclusively self-published or small press books. BW also publishes a limited number of small press projects (several titles annually). Why is this important and do these press projects share any common themes or qualities?
JV-We are artists, we also write, draw and paint. We do it for the fun of it, it’s our habit, it is a delightful and meaningful, game. The times when offset was a challenge are rather over. We have come to use computers and copiers and printers. Now we have begun a series (5 issues are ready) of something which has a sort of a theme: under the Dutch title Het Andre Behr Pamflet (no surprise if you hear a bell ring) we invite people from our world (some artists and others not) to contribute what they want in their language (there is German, Dutch, English now, soon there will be Icelandic, and even a Japanese one is on it’s way). 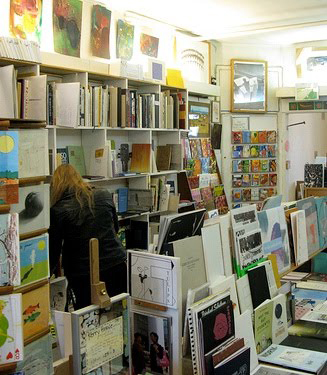 BG-Were there collaborators or similar outlets that inspired the formation of BW?  How much cultural influence do you feel BW wields?
JV-I had been to Printed Matter. In Amsterdam we had Other Books And So for a while, in the second half of the seventies. [Other Books And So was founded by Ulises Carrión in 1975 and it was open until 1978.]The possibility for this kind of bookstore was a part of the intellectual climate. An artist book then was a product of the individual artist or in collaboration with a small press. The print run was short, the idea one would make this book for substantial money was absurd. The reader knew it was a genuine statement he held in his hands. Now there are quite a few professional makers of books around who have assimilated the idea of artist’s books and incorporate versions into their own programs. They are likely to call their books (for which they are often clever to get public money for producing) “cutting edge artists’ books”, but the cutting edge cuts at least 2 ways. And often it cuts away the believability of the book. To monitor this process, but hardly to influence it is what we think we do. 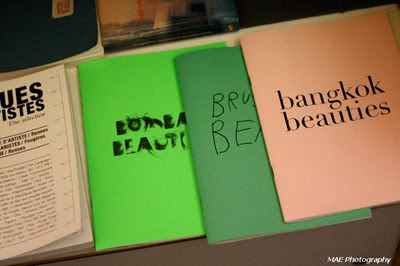 BG-The BW web site states the shop is “an entirely self-financing enterprise and is Europe’s, if not the world’s, venue for artists’ books; the longest in existence which carries books regardless to their author's fame.” Do you find distributing artist books gives a voice to the voiceless? Do you feel BW is able to represent outsiders despite being established?


JV-As above: except the author nobody hears—the editions of books whisper in boxes under the bed. We can somewhat enhance their voice, not much, but a little. Thoroughly established? Come for a visit and join the ongoing party of thoroughly established outsiders.
BG-How do find the books you sell and who are your customers?
JV-Either we find them, or they find us. If you mean “who of us” purchases them (and not “who are your customers”) you touch on interesting ground. We almost never first buy the books we then sell. Almost our entire stock is given to us on a consignment base. We can almost deduce from this a definition of artists’ books: they are books whose makers don’t have a calculated business concept, those of which the makers understand that they have an unpredictable future, and they don’t hesitate to share the risk of financial reward beyond the point of where the books are ready. Our customers are a wide variety of people, a few collectors, some who fall for the content or appearance, and they’re always some artists who are in – Feldmann, Roth, Boltanski.
BG-One thing I’m interested in is the way that outlets build community and educate an audience; and then curate based on the interests of those who are active participants. Do you feel one of your projects is nurturing a culture that, in turn, creates a market for the work you carry?
JV-I don’t think that process is part of our story. We are attempting to show the great variety of the phenomenon, we want to capture the attention of the audience with works singled out for their specific qualities. That’s where the manipulations of the art market begin – we prefer not to be part of that game.
BG-How is your store arranged? How would you characterize what you carry? Is there a division between artists’ books, graphic novels, periodicals and other merchandise?
JV-We carry all of these, and we make no obvious division between them. There is one large alphabetical section with books arranged regardless of their provenance or subject, there is an Icelandic section, there is a books about books section and there is a audio/video section. There is neither a photographic nor a poetry section. We think it sharpens the mind of those interested to develop the context themselves. 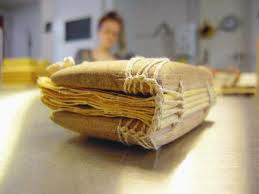