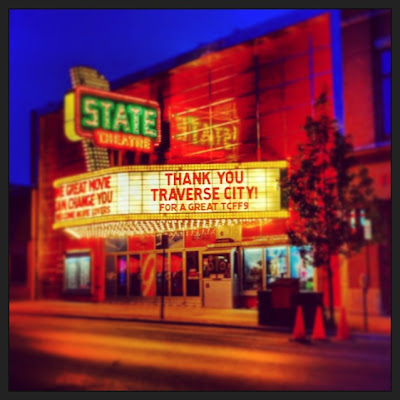 This summer, in what has become an annual summer sojourn, I traveled to Michigan with friends and family for the Traverse City Film Festival. As always, the town was lovely, the festival was hopping, and I watched numerous good movies and documentaries. In particular I was impressed with the French Canadian offering Starbuck.
On a morning when I had no movie commitments I was invited to take a drive to visit the studio of an artist I was unfamiliar with, Gwen Frostic. What I found nestled against a State Wildlife Sanctuary in Benzonia, Michigan stunned me. 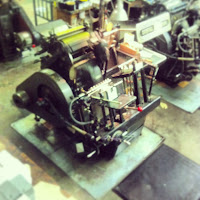 The studio is sprawling and looks as if it organically sprung from the soil, like any other living, beautiful thing. Frostic is known, I learned, for nature images observed from the windows of her studio. She eventually carved the images into linoleum blocks and printed them as note cards. She did this for decades. Over that span she accumulated a large collection of original images, but also every Heidelberg letterpress that outlived it's usefulness elsewhere in Northern Michigan. When the local High School quit teaching printing, presses were moved to Frostic's studio. When the Community College, or the small town news paper, or the art college cleaned out their basement and found metal type, job cases and presses, they all made their way to the Frostic studio. 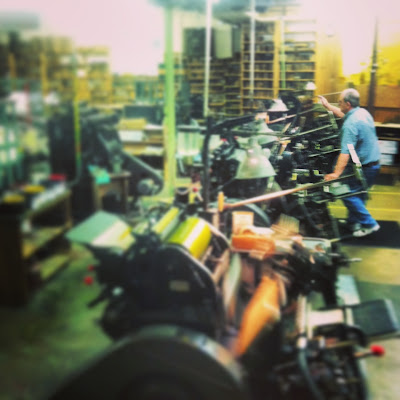 As I learned from Bill (the only press operator currently working at the studio and Frostic's nephew) after Gwen passed away, the thriving mail order business was sold and the creative cottage industry Frostic had built continued much as it always had. When lino blocks are nearly beat, they are made into metal plates. When one of the four, 13 3/8 x 18 working Heidelberg Windmills has a part that wears out, they are able to find a replacement from one of the other back-up presses that litter the print floor. When I was there, Bill had four presses running at the same time, moving stock from one press to the next. It was perfection. When he needs to print larger dimensions, he moves over to one of the Heidelberg KSBA sheet presses. 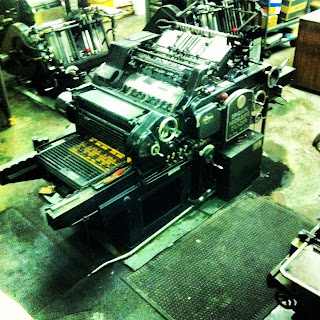 Bill has been running these presses and printing the same images for 35 years. After an earnest and geeked-out half an hour of discussion he was seriously prepared to offer me a job as his assistant, with the stated intention of allowing someone to take over so he could retire. I really wish I could find a way to make it work. So, if you are a letter press printer and are willing to move to a pretty little town in Northern Michigan, I would encourage you to make a trip to the Frostic studio, see for yourself, chat with Bill. Who knows where it could lead.
As for progress with my novel, Good For Nothing: over the last month all copy editing has been completed, a rough draft of the cover design, with illustration by the wonderful Joseph Lappie, has been produced, and the typesetting is happening as I write this. Hopefully more news soon. 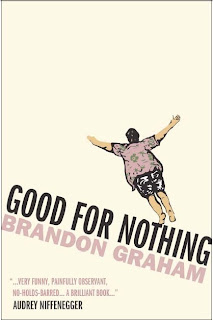