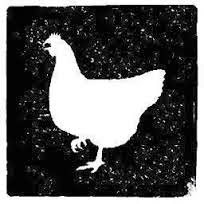 First, as discussed in the previous post, and as my agent expected, I received an offer for US rights from Red Hen Press! It is a momentous moment and I have mostly emotionally brushed past it because the timing came just as Good For Nothing's UK release was about to occur. Also because numerous other things have all started happening at the same time. Red Hen is a good press and I'd be honored and excited to work with them. I had a few questions which I passed to my agent, who then forwarded them on to Red Hen, which is, I suppose, how these things are done.


What follows is a number of very cool developments, each of which deserves attention, but they have been stacking up so quickly, I'm having trouble remembering them. 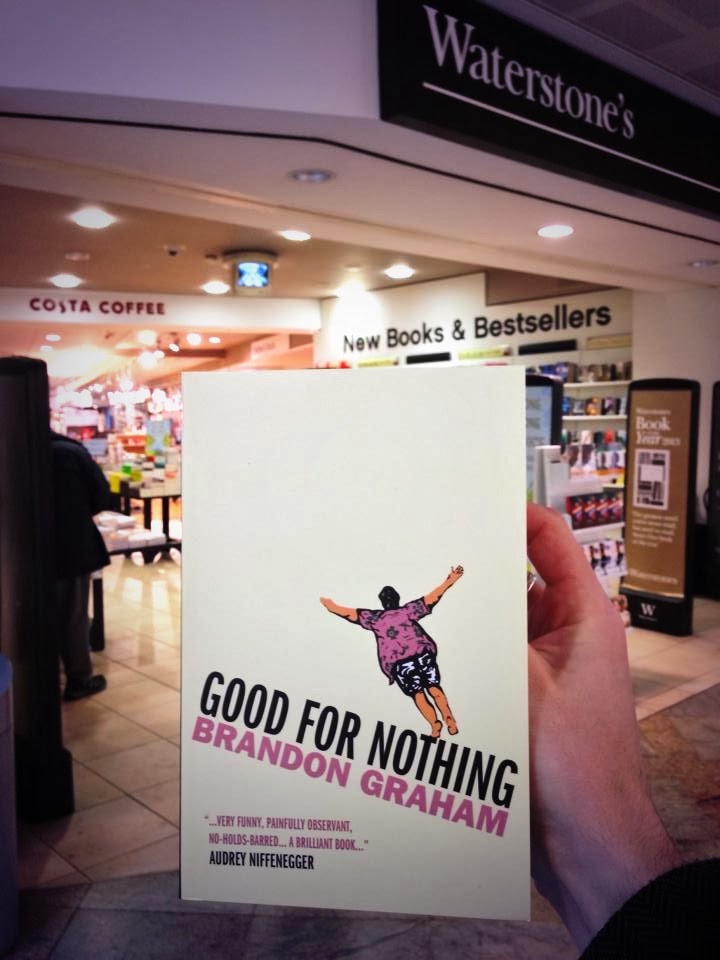 First, a friend living in England placed an order for my book a month ago. His local Waterstone's contacted him and he sent me this photo. A record of the first UK sale (that I know of). Taken at a mall in Reading.

More recently, another friend attending a conference in London took some time away from his responsibilities to attend a play in the West End and then popped into the bookseller at Paddington Station and bought my book and a Daily Telegraph. I was honored to be the cultural nightcap for an evening that started with The Book Of Mormon.

On the shelf among the New and Best Sellers, Paddington Station.

And 2) Below is a review written and posted to Goodreads.
It is from a local writer who participates in a local writing workshops and asked to have an advance copy with the idea he might invite me to speak at a literary gathering:

In Good For Nothing​, we meet Flip Mellis, a middle-aged, overweight under-achiever.  He has good intentions or none at all and has come to a decision: one more week and he will end his nightmare.

Faced with unemployment, a failing family life, and a court-appointed psychologist appearing more smug than accredited, Flip promises to “turn it around” in seven days. His real plan is to plead his macabre case so convincingly that he'll gain tacit approval for ending his own miserable existence.

​Brandon Graham's debut novel is a bitterly funny story. Initially Flip Mellis's acceptance of his imminent failure seems a bit too casual. He's estranged from his wife and children, disgusted by his own body, and holds no hope for a better life. But through Graham's insightful approach, he skillfully builds a complex and nuanced narrative that slowly moves deeply-flawed-Flip from an oddly familiar stock character to one the audience can empathize with, even in the face of self-sabotage.
​
Set in an intentionally generic middle-America, Good For Nothing addresses a too-familiar turmoil.  Financial crisis has led to an unhidden misery in the day to day lives of much of work-a-day (or out-of-work) America. Alongside this harsh reality Graham's supreme wit and turn of phrase had me laughing through tears. From one festive neighbor at the Lakeside Motor Court  to an extremely odd run-in with a Rubenesque store clerk, every character gains the spotlight, if only for one scene.

​This darkly uplifting, and fact-paced turn of events is hard to put down.  The first pages prove Graham to have an uncanny knack for humorously reminding the reader it could be worse. And just as we begin to sympathize with a hapless Flip, the foolishness of his actions remind us brilliantly, it's not what happens to us, it's how we react.

Will Flip's reactions to life's challenges serve simply as a continuum of the initial tantrum that set this narrative in motion or will it lead toward a satisfying resolution?  Good For Nothing is a great read, pick one up before you let yourself down. You won't be disappointed.

It is gratifying for the book to make it into reader's hands and get a discussion going. 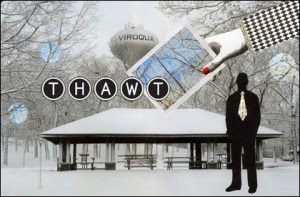 Additionally, I am one of eleven book artists asked to participate and collaborate in a new book from The Heavy Duty Press. To see a prospectus and some pages from Thawt, just follow this link.

Lastly, my book dealers, placed another of my books with UCSC (University of Southern California, Santa Cruz).

There is more news, feedback from other individual readers, upcoming potential art events I've been asked to participate in, even some interest from a movie producer. I feel like a very lucky boy.