Why stop writing my blog?
I was depressed a year ago. I may be depressed now. But I was also depressed a years ago. I’m not one who believes all sad feelings are evidence of a chemical imbalance. In fact I’d argue soaking in dark feelings, living with them, facing them, acknowledging them, and validating the legitimate reasons for sadness can be a healthier response than ignoring them, setting them aside, and using well-worn elaborate defense mechanisms and medical remedies (or self-prescribed antidotes) to brush such feelings aside in order to continue being an industrious worker. Don’t misunderstand. I’m not advocating people not seek help when they need it. I’m simply saying not all depression is equal, my baseline involves mild melancholy and there are times when the sobering acceptance of reality yields a deservedly bleak perspective.
Grief over the death of a loved one is an understandable reason for sadness that is universally acceptable (for a brief time; over-do it and people resent you for bringing them down). So I will remind you that this happened: On Loss and Weightlessness. 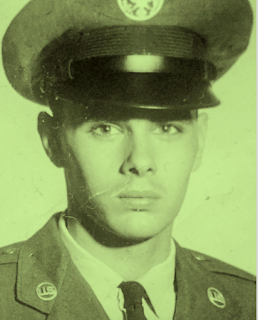 Now that I climbed that much of that mountain, I wanted to revive this avenue for discussion. I started this blog to honestly share the ups and downs of my publishing process long before I had a publishing process to share. I’ve used it as a way to document some of my other creative output, and perhaps as a reprieve from the stress of the long, slow, plodding nature of trying to write long form narratives. I intend to keep in touch more frequently.

Tomorrow I hop a plane to Chicago. I’m making a mad dash to Evanston to support Artists Book House, a great arts organization founded by some of my favorite people. Check it out. Follow the action. Make a donation. 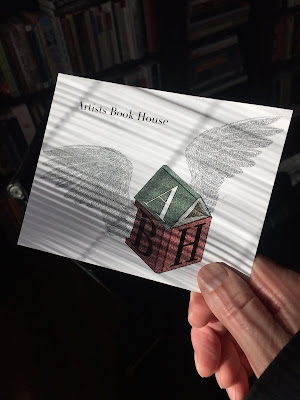 On a more personal note, I’m torn between at least two places that feel like home. One is Chicago where a network of bawdy, passionate, subversive, generous, disruptive, funny, irreverent, and unstoppable friends gave me a place to belong. The other is Kansas City where my roots run deep and where people know the me I was at sixteen, know the person I am now, and somehow help me to knit those two people together into a comfortable, layered existence. For all my adult life [chronologically speaking (not developmentally speaking)] my best friend has been with me. In a few short days we celebrate our 25th wedding anniversary. I honestly don’t know how we’ve managed it; don’t feel I deserve the luck I’ve had.

Finally, amid my wallowing in publishing angst and general existential over-thinking I’ve also accomplished a few things other than life, family, and novel drama. Here is Versus, a Little Jab Book created in colaboration with Brad Freeman for JAB (The Journal of Artists' Books) 46. 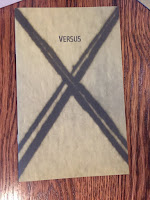 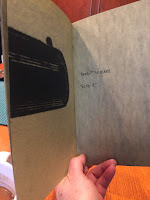 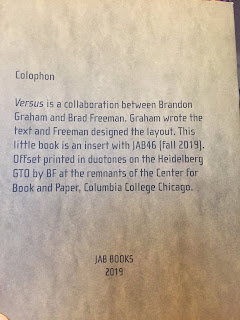 Thanks for your time. Let's talk again soon.