The Workshop of Potential Literature

First of all, an update. As some you know, I now have a literary agent for my novel Good For Nothing. I am again at one of those points in this process where all I can do is wait. But, it is a much happier kind of waiting. Mostly because instead of waiting in isolation with only my own, unrelentingly pessimistic thoughts to keep me company; I am now waiting while a team of smart and talented people are working on my behalf to help my book find a publisher and an audience. The manuscript is out in the world now, being read by editors at a goodly number of publishers in NYC and London.
In other news, just finished another art review for publication sometime in the spring and submitted a new poem to a competition.
And, I am ever so slowly beginning to write the first few pages of a new novel. Slowly I creep forward.
Now: What is an Oulipo? 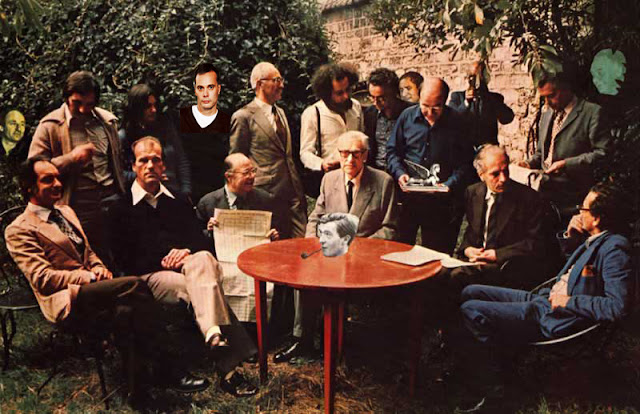 Best known as Oulipo, (taken from the French acronym for Ouvroir de littérature potentielle; and roughly translated as "workshop of potential literature") this group is a loose confederation of writers and intellectuals who seek to create expressive work using constrained writing techniques. I first became familiar with the notion of creative processes made more focused through voluntary constraint when exposed to the work of the DaDa artists' and later the Surrealists' use of game play to introduce chance variables into their art making. For instance, the Exquisite Corpse is a method by which a collection of words/images is collectively assembled. Each collaborator adds to a composition in sequence until it is deemed complete.
In my early twenties I was forced to write form poetry, under protest, in a creative writing class. I discovered, much to my surprise, through the act of doing, that my language skills were actually honed by narrowing the possibilities through the rules of specific poetic forms. For these reasons I have always held Oulipo's written experimentation as equivalent to the visual experiments of such movements as Dada, Surrealism and Fluxus. 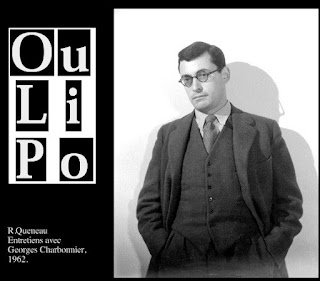 Oulipo was founded in 1960 by Raymond Queneau and Francois Le Lionnais. Other notable members have included novelists Georges Perec and Italo Calvino, Poets Oskar Pastior, Jean Lescure and poet/mathematician Jacques Roubaud.
The group defined the term littérature potentielle, and by extension their unstated manifesto as: "the seeking of new structures and patterns which may be used by writers in any way they enjoy." This is another place where Artist's Books and experimental literature, like that of Oulipo, overlap; where the form a work of writing takes becomes an expressive tool by subverting viewer expectations and drawing a comparison to the accepted publishing industry standard forms of Poem, Short Story, Novella and Novel. There are endless and rich variations along that spectrum with potential for powerful artistic communication. 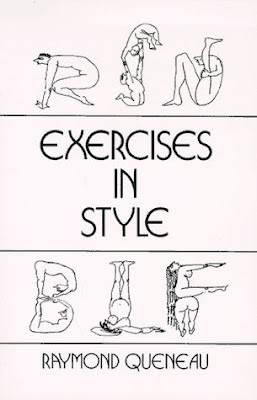 One such variation is Queneau's Exercises in Style. A kind of extended stylistic experiment in which he recounts ninety-nine times the same inconsequential episode in which a man witnesses a minor altercation on a bus trip; each account is unique in terms of tone and style. The book itself is not, in my opinion, a great read. But it is remarkable as a study. Further, it is easy to see how the systematic nature of the experiment has parallels in the structural experiments of Chicago-based book artist Keith Smith.
My personal favorite of the Oulipo writers is Novelist Italo Calvino. The Baron in the Trees and Invisible Cities each read like a kind of post-modern fables and seems at home on the my bookshelf next to the short stories of Donald Barthelme.
Italo Calvino became a central figure in Italian culture through his active involvement in an array of disciplines—from journalism and politics to intellectually-oriented publishing and inventive literature. One of the most widely read, studied and admired Italian fiction writers today, this incredible ‘man of letters’ was both a product of and influence on twentieth-century Italy, and beyond.
- February 11, 2012