My LA Family and a Soft Skull


A version of the interview that follows was originally printed in JAB 28. 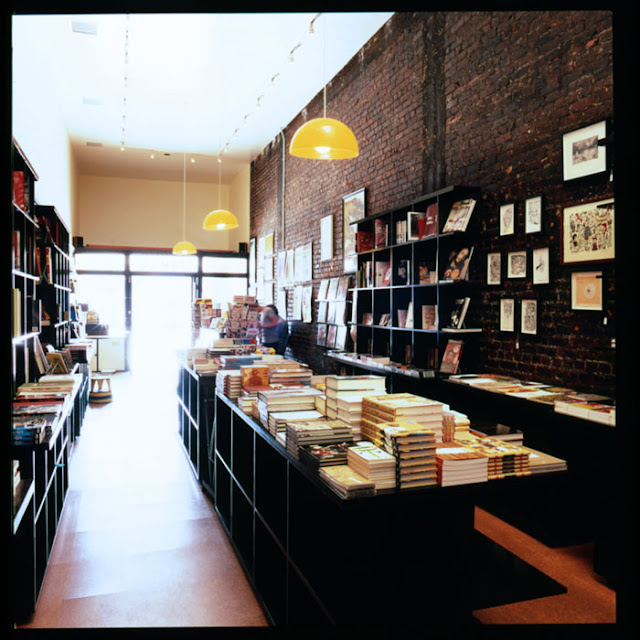 Family is a curated bookstore; but exactly what that means is intentionally slippery to define. It is this broad understanding of what a bookstore can be and what it can carry that makes Family an interesting subject for conversation. From the outset Kramer and Harkham tried to avoid being categorized as a “niche” independent bookstore. Family is so expansive in its selection that it remains difficult to pigeonhole, while still being accessible to a broad audience. In practical terms, this means one is likely to find artist books displayed adjacent to small press novellas, mainstream short story collections, and regional poetry journals. Esentially anything sequential, bound and printed might end-up on the shelves of Family.

David Jacob Kramer founded family with Sammy Harkham several years ago. Since then, among other gallery projects, he opened the Family Back Room Gallery which has exhibited work by Nicholas Haggard, Kevin Christy, Ashley Snow Macomber, and Marcelo Gomes. He also curated an exhibition of new video and animation, called Main Street at Space 15twenty. In the following exchange my questions are indicated with BG and his replies are marked with DJK.

BG- Is there a story behind the name Family?
DJK- We didn’t want it to be a pun, or anything clever. It’s just a nice sounding word. We wanted something generic, so generic, it kind of sounds weird. It has weird connotations too, both pleasant and creepy.

BG- Family is a “curated bookstore.” Like other outlets for democratic art, Family bypasses the conventional gallery system and supply chains. Can you talk about the kinds of artists/writers/performers Family represents? And who is Family’s target audience?
DJK- We don’t have a target audience. It was one thing we knew we didn’t want. We didn’t want to alienate anyone and we didn’t want people to be able to walk past and think, “oh there’s an ‘indie bookstore, I know exactly what they have in there.” All bookstores are ‘curated’ ultimately – from an airport bookstore to a Borders. One thing that makes us different is the range we try to pull from, trying to get the most interesting in a vast range of mediums from literature to artist’s books. We try to find the most interesting in publishing from as broad a pool as possible. 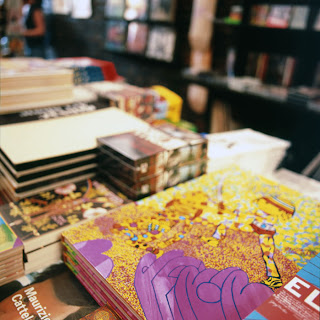 BG- Can you characterize the neighborhood around Family? What is the mix of patrons?
DJK- It’s an old Jewish neighborhood that’s sprouted a lot of skate shops. A lot of our customers don’t live around here, which is pretty normal in LA. It’s central and shopping oriented, which is a good vibe for us, because we wanted the store to be a legitimate commercial venture. We believe the things we sell should be able to support and perpetuate themselves.

BG- Are there similar projects that inspired Family? What was the initial mission Family set for itself, and has that mission changed in its first few years?
DJK- We’ve become more obsessive and focused, trying to stretch ourselves further to find cooler things. We’re older and our tastes have hopefully become more refined.

BG- The national economy has put pressure on arts organizations. How has the economy affected Family? Do you feel the influence of free market forces is a concern for an arts retailer like Family?
DJK- The recession has been tough, had to make adjustments, and work a little harder. We are a small enterprise and rely on a small flow, so are less threatened than a Circuit City franchise for example.

BG- Is encouraging the production and distribution of books, zines and other democratic multiples, which operate outside the gallery system, an inherently political or social act? Does Family have a specific political or social stance? If so, what is it?
DJK- It’s fun working with books because it’s easy to establish a voice. The books are easily attainable, unlike curating a gallery. You can include a Wallace Berman book in a store, even when you can’t obtain a Berman piece for a group exhibition.

BG- LA is such a melting pot of cultures and influences. Do you think of Family as LA-centered? Or is it an outlet for national and international work.
DJK- It’s both. It’s more interesting and dynamic to reflect a specific place and community.  But to rely entirely on that is less interesting. 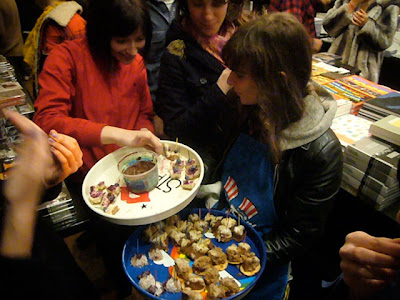 BG- Is there something unique about LA that makes Family a particularly appropriate marriage of intention and place for Family?
DJK- LA in general is less institutionalized and open to crazy ideas. In LA people are less critical I suppose because they’re less paranoid about not being cool.

BG- Can you talk about Family’s curatorial prerogatives? And is there an artist, a zine, or work that has been particularly successful for Family?
DJK- Fortunately, what sells at Family is very gratifying. And it’s really across the board. It’s not just zines or art books or records. We’ve sold a lot of Trinie Dalton’s book of short stories ‘Wide Eyed’ as well as Werner Herzog’s journal ‘Walking In Ice’, Robert Walser’s lost re-issues, the film Frownland DVD, Ben Jones books, and Marcelo Gomes photo books. 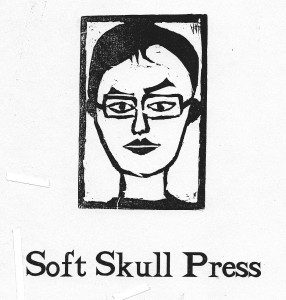 Recently, on this very blog, I mentioned that large presses, in the currernt publishing environment, are a bit reluctant to pull the trigger on debut novels, but that mid-size presses seem more willing. Mid-size publishers may offer smaller advances and have fewer resources, but they have the same distribution chains and may give more personal attention to individual titles. Soft Skull Press is a mid-size press that fits into that category. Soft Skull has been around for about twenty years now and is to publishing what Alternative Tenticles is to punk rock. They love edgy, fringe voices and produce smart, well designed books. You should check out some of thier titles.

A note about my progress with finding a publisher for my novel: my agents are working away. My manuscript has made it into the hands of a lot of editors and has been getting some positve responses. No contracts yet. The waiting is slowly grinding me down. But I still feel pretty optomistic.