This is a first for me, but there was such a strong response to last month's post on the passing of Harry Crews, that I have decided to revisit the subject by introducing you to an acquaintance of mine. 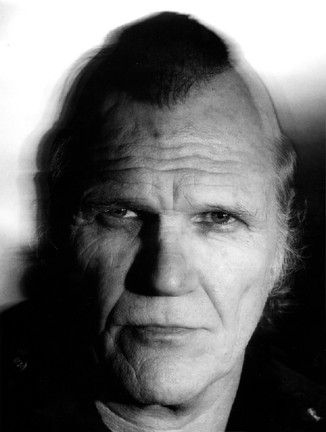 Jason E. Hodges of Gainesville, Florida has been punching keys for quite some time. We share many  literary influences; the writings of William S. Burroughs, Charles Bukowski and (in this context most importantly) Harry Crews. Hodges' work can be found printed in the pages of The Fringe Magazine, The Camel Saloon, Indigo Rising Magazine, Raven Images, The Dirt Worker’s Journal, Daily Love, The Rainbow Rose, Dead Snakes, Books On Blog, The Second Hump, Poetic Medicine, Catapult To Mars, The Devil’s Advocate, CrossTIME Science Fiction Anthologies Volumes 8, 9, and 10, and Tower Publications. But what I hope to share with you is a link to an interview he published with Harry Crews in the Spring of 2011. You will have to scroll forward to pages 66-69 to read the interview, but it's worth the effort.

A selfish detail I failed to share previously is that Harry Crew's passing was personally sad because I had secretly harbored a longtime hope that a pithy endorsement from Crews would appear on the dust jacket of my first novel. As it turns out soon after my novel found representation, Crews passed away. I immediately wished I had procrastinated less, had written faster or that Crews had lived a less hard. Petty but true.

The lay of the publisher-search-land: Good For Nothing has been making the rounds of publishers and I wanted to have a brief discussion of the pros and cons of various scenarios. I should start by saying that I mostly hope that my book finds it's way to a publisher who gets it and loves it and wants good things for it. The current publishing environment is such that many book publishers are shy on debut novels such as mine.

Large publishing houses often have relatively large sums of money to spend on advances and on marketing, they have large teams of professionals that know how to bring a book to market with the greatest chance for success. On the other hand, these publishers may have such large stables of authors and so many books in play that individual attention is somewhat lacking.

Mid-size publishers may offer smaller advances and have fewer resources, but they have the same distribution chains and may give more personal attention to individual titles. It is publishers at this level that currently seem most comfortable taking a chance on grooming a debut novelist.

There are many high quality tiny regional and academic presses. They often offer little or no advance and do little (compared to a large publisher) in the way of marketing. They tend to each have their own niche areas of interest and it can take a great deal of time to find the one that is the right fit for an individual manuscript. Beyond this, presses of this size may only publish a few titles a year. Featherproof Books, here in Chicago is a great press but only publishes a handful of titles a year.

Ultimately I believe my manuscript is in the hands of good agents who will find the right publisher for it. But, there are so many moving variables it could take some time.