Why Melancholy? So, for regular readers of FictionDoldrums, you know the purpose of this blog is to 1) to document the writing, editing, literary agent search, publisher search and the subsequent steps along the path to a published novel and 2) to serve as a distraction from my nerves as wait. The distraction comes in the form of a discussion of many things book and book arts related.
To answer the question: Melancholy because waiting is hard. Currently I'm in the fourth month of the interval that marks the time between finding an agent and finding a publishers. Why else Meloncholy? Well the sort of euporia that washed over me upon signing the contract with an agency has been slowly ebbing away leaving me feeling emotionally depleted. It does make working on my new novel more challenging that it needs to be. The process feels too much like work and not enough like fun. But, I keep moving forward, with periodic sparks of real enjoyment.
A word about community: Writing is isolating, which generally I don't mind. If anything I encourage it. But I have always longed to make friends of the artists, writers, (note the use of the Oxford comma) and publishing professionals that I know and work with irregularly. It seems the mental construct that is my notion of community is always more rewarding in concept than in reality. I wonder if this brands me as an idealist. If so, I can't seem to shake it, no matter how I try.

A version of the following essay was published in JAB 28.

This essay will examine the subject of artist book distribution from an historical and conceptual perspective from the 1970s to now. It’s clear that over the years the number of artists’ books produced each year has increased, academic degree programs have been started where there were none, exhibitions are more plentiful and serious criticism is being written and published. As an extension of the growth of the field overall, the number of outlets which distribute artist books have also increased, and the character, intentions and strategies employed by these outlets seems as diverse as the field itself. 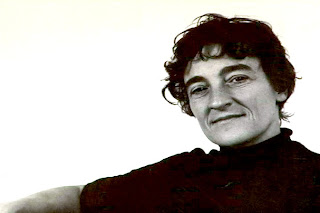 Lucy Lippard is an influential writer, activist and curator who uses her role as art critic to advocate for social issues. Among her many accomplishments, she was one of the co-founders of Printed Matter, located in New York City. Printed Matter was founded as a for-profit alternative arts space in 1976 and reincorporated in 1978 to become an independent, non-profit organization. In her 1977 essay The Artist’s Book Goes Public, (Art in America 65 no. 1) Lippard articulated a growing optimism in the field of artist’s books.  She lauded the artist’s book for it’s potential to provided affordable art on a relatively large scale to a diverse audience; specifically referring to the artist’s book in its democratically conceived form. In a later essay Lippard uses a definition by book artist Pat Steir (another of Printed Matter’s founders) to define the democratic multiple as: 1. Portable 2.  Durable 3. Inexpensive 4. Intimate 5. Non-precious 6. Replicable 7. Historical and 8. Universal. The last two I take to mean: documenting a specific social context and speaking to the human condition, respectively.  However, it is important to note one other defining quality of the democratic multiple that was left off of Steir’s list. Namely that the act of making art which operated outside of the New York gallery system was itself a kind of subversive social act with the intention of wrenching control away from a relatively small group of elitists.
By embracing this model, it was believed, the artist’s book could be the vehicle that moved conceptual art from the antiseptic, cold and exclusive environment of the gallery and carried it into the broader world, where it held the potential to affect a wider change. This was a powerful intellectual argument for the artist book to be taken seriously by the larger fine art world; a notion that manages to be populist while still holding a mild undercurrent of redefined elitism.
In 1978 (the same year Printed Matter re-launched) Lippard, along with Mike Glier, curated the exhibition VIGILANCE: Artists’ Books Exploring Strategies for Social Concern that was displayed at Printed Matter and later at Franklin Furnace.  In the brief essay that accompanied the show Glier declared “The artist’s book is a successful democratic form looking for compatible subject matter.”  This was a warning about avoiding vapid content and an assertion that the democratic form of the artist book was best when utilized for social activism.  This was an early indicator of concerns Lippard would articulate more fully years later.
A decade after publishing The Artist’s Book Goes Public, Lippard published the essay Conspicuous Consumption: New Artist’s Books in which she outlined the reasons why the democratic multiple had failed to reach it’s full potential.  She felt that artist books, in attempting to compete with mass culture, had modeled itself on commercial publishing and so had become a watered-down imitation of both literature and art. In other words, rather than reaching a broader audience and affecting change, book artists had changed their content to reach a broader audience. Those artist’s books that remained edgy had failed to find a wide audience, and were often perceived as unapproachable luxury items.  While criticizing the apparent failures of artists’ books, Lippard also highlighted a number of books and artists she felt were making exceptionally promising work.
For instance, she cited as examples of photo books that presented reality rather than fantasy both Wendy Ewald’s Appalachaian Women: Three generations (exhibition catalogue, Whitesberg, Kentucky: Appalshop, no date), which she praised as a work that combines photos and oral history to create a moving document about “real world” issues.  And Masao Gozu’s In New York (Feb. 1971- Nov. 1980) that Lippard called a book “whose form as well as it’s content provide a bit of a jolt.” 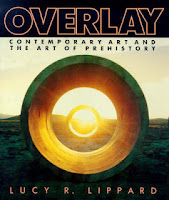 There’s no question that there are many more outlets for artists’ books now than there were over a quarter-of-a-century ago. As we survey a few in order to explore some of the ways artist books are distributed today, who distributes them, and how, it seems responsible to ask ourselves if Lippard’s concerns were founded, if solutions to those issues have been resolved, or if we are still in the midst of a 35 year old discussion with no likely resolutions in sight.
The intersection of book arts and commerce might be an inherently fraught combination. If our goal is making books that are intimate, portable and that communicate meaningful content to a diverse audience, then we must have a means of distribution that is financially equitable and sustainable for the artist and the audience. But as Lippard points out, it is all too easy to slip into modes of thinking that emphasize commercial success rather than artistic content. Are widely distributed books doomed to be the one-note, dumbed-down, amateurish in design (often intentionally in a deliberate attempt to separate from slick, high-design, commercial printing) novelty acts of the art world? Is it possible that the entire democratic model has failed and we need instead to focus on expensive work that sells to a few private collectors and special collections libraries? Is it likely that in a exclusionary, high-art marketplace book artists would change their intentions to meet the expectations and tastes of those with the most money?
Among artist bookstores Printed Matter has been around the longest, carries the most titles and has one of the narrowest and most specific mission statements; for the most part they represent work that is loosely within the definition of the democratic multiple.  Even so, have they become a very successful niche that caters to the exact same audience that regularly attends galleries and so has really failed to reach a broader and more diverse audience? Over the years, and with the growth of the internet, the high art market has become less centralized; specifically related to Printed Matter it has become less New York centered. Have Printed Matter’s strategies evolved with the market and become more successful over time? 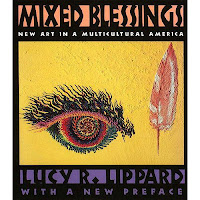 There are a number of recently established art outlets that represent a swelling community of DIY artists. These tend to have very broad, inclusive, community-oriented mission statements and go about building small tribes of like-minded people into a symbiotic pool of artist’s and customers. Their goal is making, to support making, and to sell some work along the way.  Is it a fair criticism to say they seem unconcerned with the reputation of artist books in the broader art hierarchy, sometimes are oblivious to the struggles of the past, and perhaps even unmoved by a notion that their books can lack awareness of the book form altogether? What role does place play in the ways these outlets grow? Is it possible they may be pointing a way to a real solution?
In bypassing the white-box gallery space, has the field of artist books traded-in one set of gatekeepers (critics and galleries) for another similar set; namely dealers, special collections librarians, and a high-end, elite, and wealthy few collectors?
These are the questions I had as I began conversations with a number of outlets.  Through the discussion I came to a couple of conclusions. First, it seems the flaw in Lippard’s concerns for the content of artist books is an outgrowth of her personal approach to art criticism.  Namely, she believes artists books must deal with content that addresses social content, the purpose of the artist book is to give voice to the voiceless, and that they are at their best when they address social issues she is also concerned about highlighting. While I don’t necessarily disagree with this kind of argument, I think any discussion of art that tries to require certain kinds of content is inherently problematic. And Lippards involvement in defining the democratic multiple may have unfairly married the form to her philosophy. Ultimately, I realize that as long as good, smart, creative and passionate people are involved in the distribution of artists books, then there is cause for optimism.
In the following transcripts you will learn about a variety of outlets that distribute artists’ books, you will discover a few places you may have never heard of, and it is my hope, you may be moved to continue the discussion among your peers.  Because, although there has been steady growth in the field and in the distribution of artist books, it is always instructive to ask if there are ways we can make better art and deliver them to a broader audience. 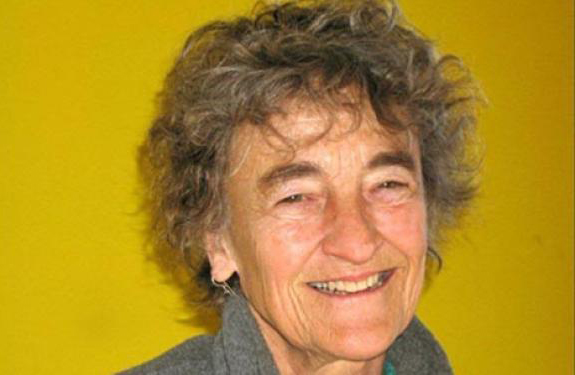