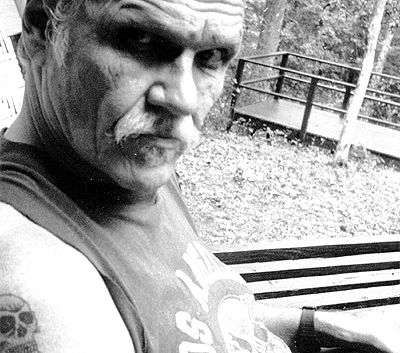 Harry Crews, whose novels conjured a modern Southern Gothic world of hard-drinking, punch-throwing, snake-oil-selling characters whose physical, mental, social and sexual deviations render them somehow entirely normal and eminently sympathetic, died recently at his home in Gainesville, Fla. He was 76.

According to an early Obituary Crews was, “A wild man and drunken sage in the tradition of Charles Bukowski and Hunter Thompson, he wrote bloodied, freakish stories drawn directly from his own experiences, including boxing and karate. Crews sported a tattoo with a line from an E.E. Cummings poem, ‘How do you like your blue-eyed boy Mister Death,’ on his right bicep under the tattoo of a skull.” And, “Though his books captivated many reviewers, they attracted a cadre of readers so fiercely devoted that the phrase “cult following” seems inadequate to describe their level of ardor.”

I don't know if I could be called a "Cult Follower," but I appreciated Crews' writing for its darkly comic, biting satire, populated by grotesque, unwashed, unrelentenly memorable and violent fringe characters. His books were not the stuff of best-seller lists, in part because they bewildered some readers and repelled others. 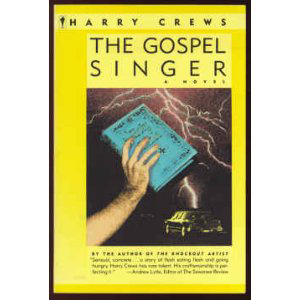 Mr. Crews came to wide notice with his first novel, “The Gospel Singer,” published in 1968. The book, about a traveling evangelist who meets a lurid fate in a Georgia town, features characters of the sort that would people his dozen later novels: sideshow freaks, an escaped lunatic and a sociopath or two.
My first exposure to Crews was through his 1976 offering “A Feast of Snakes”, which concerns a town’s obsessive annual ritual — a rattlesnake rodeo — and is considered by many critics to be his finest novel. It opens this way:
“She felt the snake between her breasts, felt him there, and loved him there, coiled, the deep tumescent S held rigid, ready to strike. She loved the way the snake looked sewn onto her V-neck letter sweater, his hard diamondback pattern shining in the sun. It was unseasonably hot, almost sixty degrees, for early November in Mystic, Georgia, and she could smell the light musk of her own sweat. She liked the sweat, liked the way it felt, slick as oil, in all the joints of her body, her bones, in the firm sliding muscles, tensed and locked now, ready to spring — to strike — when the band behind her fired up the school song: “Fight On Deadly Rattlers of Old Mystic High.” 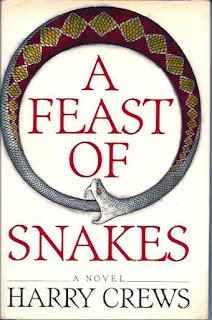 Crews' novels are an aquired taste, very masculine in thier perspective, powerfully told in a direct, clean way and always unappologetic in thier praise of the baser aspects of the human experience; brutal and sweet and damaged like the psyche of the Southern United states itself. If you have never read his work, you are missing out on a unique reading experience.
- May 16, 2012