The wait goes on where a publisher for my novel is concerned; though the manuscript has gotten a good number of positive responses since my manuscript received a dust jacket blurb. But that doesn't mean I've not been busy; on the contrary. I've been working on my new novel and I wrote a re-imagined version of the Brave Little Tailor for publication as part of an illustrated book. It was a nice change of pace for me creatively. I will post the information when copies are available.

The following interview was conducted on the advice of April Sheridan and was originally published as part of a larger article in JAB 28. The questions I posed are marked with BG and the answers from Chuck appear after the CS. 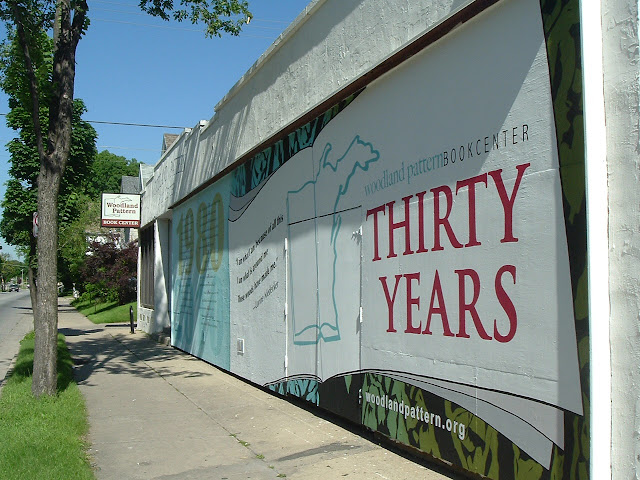 Woodland Pattern Book Center is non-profit literary arts organization with a small press bookstore and gallery located in Milwaukee, Wisconsin's Riverwest neighborhood. It was founded by Anne Kingsbury and Karl Gartung in 1979. The name "Woodland Pattern" was chosen from a passage in Paul Metcalf's Apalache: "South of Lake Superior, a culture center, the Woodland Pattern, with pottery but without agriculture..." Thanks to years of hard work and the sustained effort of volunteers, Woodland Pattern is a nationally recognized cultural hub where literature, chapbooks, and shelves of poetry are displayed adjacent to broadsides and artists books. 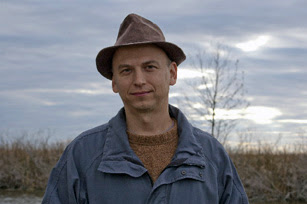 BG- When did Woodland Pattern open?
CS- This is Woodland Pattern’s 30th Anniversary year. The first Book Art exhibition was by Karl Young in April, 1980. Our first bookmaking workshop was led by Clarissa Sligh in 1990. Other bookmakers we have shown include Julie Chen, Susan King and Katherine Ng.

BG- Unlike other outlets for Artist’s Books, Woodland Pattern Book Center is based on an independent bookstore model. How many titles do you carry? Who is your target audience? 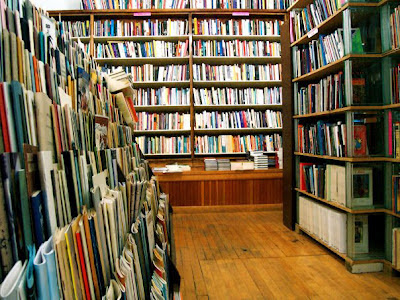 CS- Our activities are not just limited to literature; they also cover visual and book related art exhibitions, independent film screenings, and music and art performance. We seek to present poetry within the context of “the whole art.” The bookstore holds 20,000 titles, over 800 of which are broadsides, fine press books, or artists books. Many of the early broadsides were collaborations with students of Walter Hamady, including printers such as Walter Tisdale, Kathy Kuehn, and Charles Alexander among others.

BG- How is your store arranged? How would you characterize what you carry? Is there a division between artists’ books, graphic novels, and periodicals? Or do you not carry all of these?
CS- The front door opens onto displays of recently arrived titles. A predominant feature of the front area is our broadside cabinet. Poetry magazines and zines comprise their own section. Local and regional writers are displayed out front. Other areas covered in the inventory include small press poetry, fiction, and non-fiction; Native American literature, publications on contemporary music, film photography, performance, theatre and art.
BG- What is the square footage of your shop?
CS-The book center is comprised of two storefronts joined together. Our gallery / performance / workshop space is 900 square feet. That’s about a third of our total space. The rest is given to the bookstore, where the poetry stacks predominate. Our chapbook shelves are a distinguishing feature. Using repurposed LP racks and greeting card displays, we have over 180 feet of chapbook shelves, with all of the chapbooks displayed face-out. Other types of book objects are housed among a set of thirty fine-press drawers.
The front of the building is a mural space. Currently we have a 30th Anniversary mural featuring a meiotic with names of writers and artists from throughout Woodland Pattern’s history.

BG- Can you characterize the neighborhood around your store? What is the mix of patrons?
CS- We’re situated in a working class Milwaukee neighborhood, and we are a destination site. In addition to regular arts programming we run an Urban Youth Literary Arts program and after school programs. Many of our after school teachers are book artists.

BG- How do find the books you sell? What percentage of work do you sell via the internet?
CS- Woodland Pattern is all about access to literature and the contemporary imagination. We host an active reading series with visiting poets and writers. They always bring news of what they’re reading. Many small press poets are publishers as well. Most of our staff are actively involved in writing communities themselves, so we get the news that way. We also take titles on consignment from folks who approach us, both locally and nationally. We don’t do much internet commerce. We list about 400 rare and collectible titles online, titles from our stacks that have been identified as increasingly valuable and re-priced. We encourage browsing, especially the poetry stacks.

BG- Are there other similar projects that inspired you? What was the initial mission you set for yourself, and has that mission changed over time?  If so, why do you think that is?
CS- Some of the activity in Milwaukee that preceded the founding of Woodland Pattern Book Center included Margins: A Review of Little Magazines and Small Press Books and the Water Street Center for the Arts. In the mid-seventies, Woodland Pattern’s founders were moved by the realization that literature was a living thing, not just something happening in books. It was produced and published, mainly by small presses, but was generally unavailable in bookstores or libraries. The idea behind Woodland Pattern was to provide both a forum for local practitioners and a national and international context for their work. I recently had the pleasure of hosting a panel at the inaugural Southeast Wisconsin Book Festival during which we delved into some of this deep history with Tom Montag, editor of Margins, and co-founders Karl Gartung and Anne Kingsbury.

BG- How has the economy affected you? Do you feel the influence of free market forces in the arts is a concern for arts retailers?
CS- As booksellers Woodland Pattern feels additional pressures. The book center must sustain itself, of course, but it’s not the only program we offer. Early on the organization made moves to never take on debt, and to remain at a human scale. Those decisions have helped us remain sustainable.

BG- Is encouraging the production and distribution of books, zines and other democratic multiples an inherently political or social act? Do you have a specific political or social stance? If so, what is it?
CS- I believe that progressive poetry communities are rich in their ability to engage individuals to make positive change in the world. One comes to poetry with or without a politics and poetry teaches you that any stance, even denial, is political. It can remind you to be active. Sustaining access to creative work that is able to engage the contemporary imagination, while maintaining an awareness of its own history, in a non-commercial context takes serious commitment.

BG- Many outlets build a community and educate an audience; and then curate based on the interests of those who are active participants. Do you feel one of your projects is nurturing culture that creates a market for the work you carry? 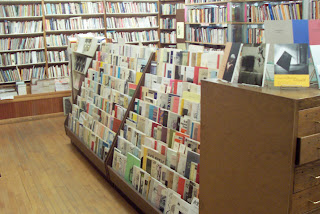 CS- We work hard at that, sure, and each of us has our own particular enthusiasms. Mine happens to be poetry, but I’d hate to come across as a poetry proselytizer. We also want to make sure that we can act as a resource for folks who don’t already necessarily know what they’re looking for. If someone walks in off the street having heard of Charles Bukowski or Billy Collins, they’ll also find a dizzying range of vital, contemporary poets from around the world. As staff we’re here to help folks find their way into the stacks.

BG- Do you think of yourself as locally-centered.
CS- We get national attention. Our monthly mailings extend the reach of Woodland Pattern’s local activities. As for international work, we presented a concert by Tuuvan throat singers earlier this year. This fall we’ll be hosting Geraldine Monk and Alan Halsey, two experimental poets, one of them a publisher, from Sheffield, U.K. Earlier in WP’s history, we hosted a visit by poets from the People’s Republic of China. That was 1988. Over the years we have presented poetry in translation and hosted writers, artists and musicians from Belgium, Switzerland, Japan, Sweden, France, Scotland, etc. When the complete poetry of Cesar Vallejo was recently published, we celebrated here by hosting a bilingual reading with Vallejo’s translator.

BG- Can you talk about your curatorial prerogatives?
CS- Woodland Pattern serves as the site of my own continuing education. I know from talking with the founders that the same is still true for them. We curate to share our own enthusiasms, but also to find out what’s new for ourselves. We’ve also made a point of inviting guest curators to work with us within the framework of our mission.