It is daunting, intimidating, even frightening to make something or write something and put it out in the world. One becomes vulnerable to the avalanche of opinions and advice that can follow. Input from people can range from the unintentionally thoughtless to the gleefully cruel. With the anonymity of our digital age there is opportunity for people to take non-constructive potshots at anything anyone chooses to share.

Fortunately for me, my entire adult life has been spent in the arts where I am used to critique and criticism. In fact, I often don’t feel a project is complete until it has found an audience and I have received the feedback that will help me to shape my next project.

Of course there is always the possibility of an even more powerful upside. And my experience since Good For Nothing was published has been almost entirely positive. Not only positive, but even remarkably ranging, random, and nearly surreal. Here’s an example:

Stephen FryVerified account‏@stephenfry
Really looks like I’ll be free by mid-afternoon. MRI at 1pm. Meanwhile now enchanted by Good For Nothing: overlooked http://www.amazon.co.uk/Good-Nothing-Brandon-Graham/dp/0955181070 …

A couple of weeks ago I woke to discover this tweet about my book. Not even a whole tweet, more like 1/3 of a tweet. But it was from the well-known and much loved British actor/writer/producer Stephen Fry.

It was a happy surprise that he chose to mention my book and post a link. It was beyond lucky that the tweet went out to his 6.76 million followers the day before the London Book Fair was set to begin. And yes, UK sales spiked for five days or so, Fry’s note was re-tweeted many times and other good things related to book business followed (I will fill you in a bit in a moment). But strangest of all is that a dear friend, and my old Shakespeare professor, happens to follow Stephen Fry and read the tweet. He clicked the link and saw my name. He found me on Twitter and sent me a very kind note. This matters. It matters a lot. I was so fond of this man that I asked him to preside over my wedding years ago. I married and made babies and moved and moved and he retired and my computer crashed and I lost all his contact information. I couldn’t find him. Life moved on. And now, because I put my book out in the world in an effort to make a connection with people, I have re-connected with someone very important to me. It is a turn of events that I could never have predicted and that I value beyond most things.

A few other nice things: 1) My book is officially a good beach island read. This copy and shapely legs were spotted in an ideal locale called El Conquistador in Fajardo Puerto Rico. 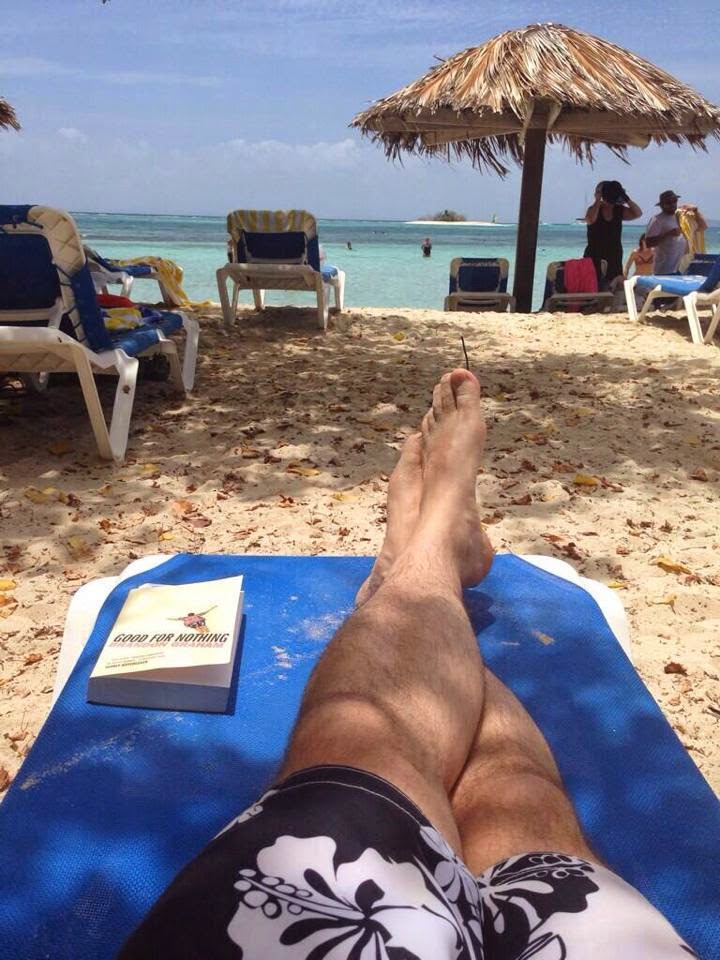 2) As I mentioned in my last post, my book dealers, Vamp and Tramp, promoted one of my zines as part of their March catalog, which lead to some new placements in new collections. 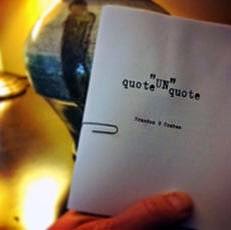 3) My copy of a limited edition collaborative artists’ book produced by Mike Koppa of Heavy Duty Press arrived recently. It looks sharp and I am happy to have played a small part in it. 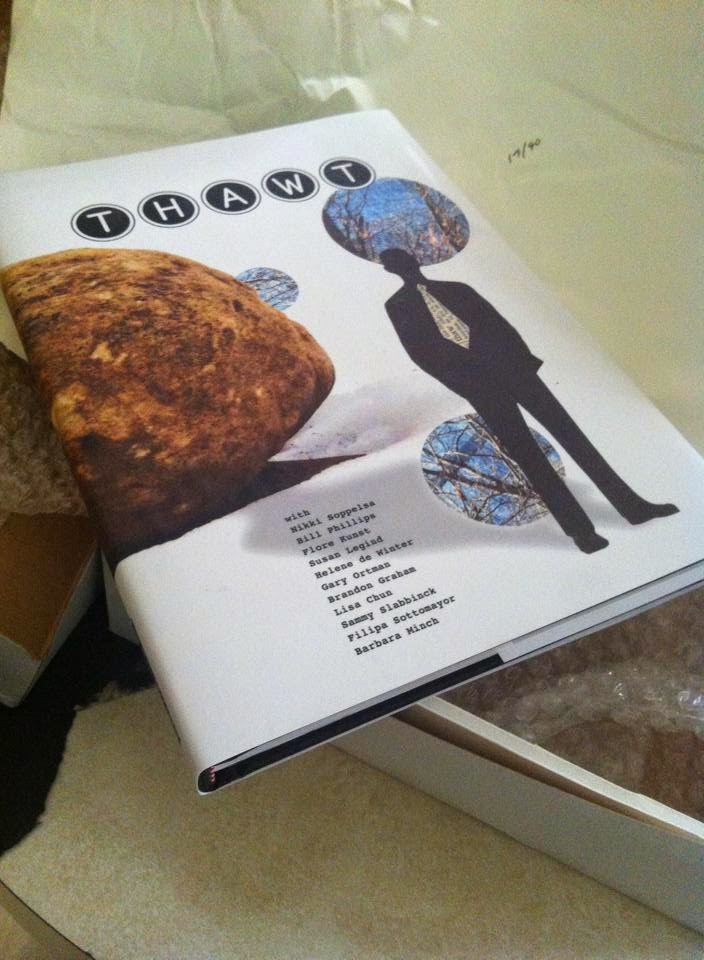 4) A friend (and well-known writer and artist) was in London around the time of the London Book Fair and spotted GFN displayed prominently at the London Book Review Bookshop. 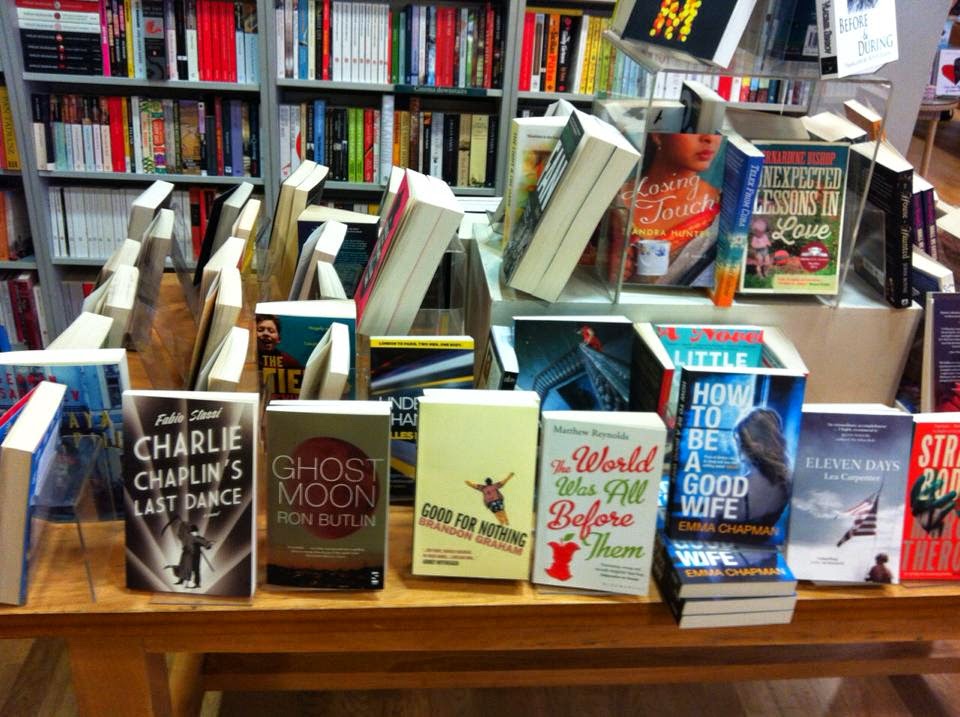 Lastly, 5) just today The Dirt Worker's Journal (a writer’s blog), for which I was interviewed, was posted. I was one of seven writers Jason E Hodges asked to participate and feel lucky for the opportunity to be mentioned among many talented writers. 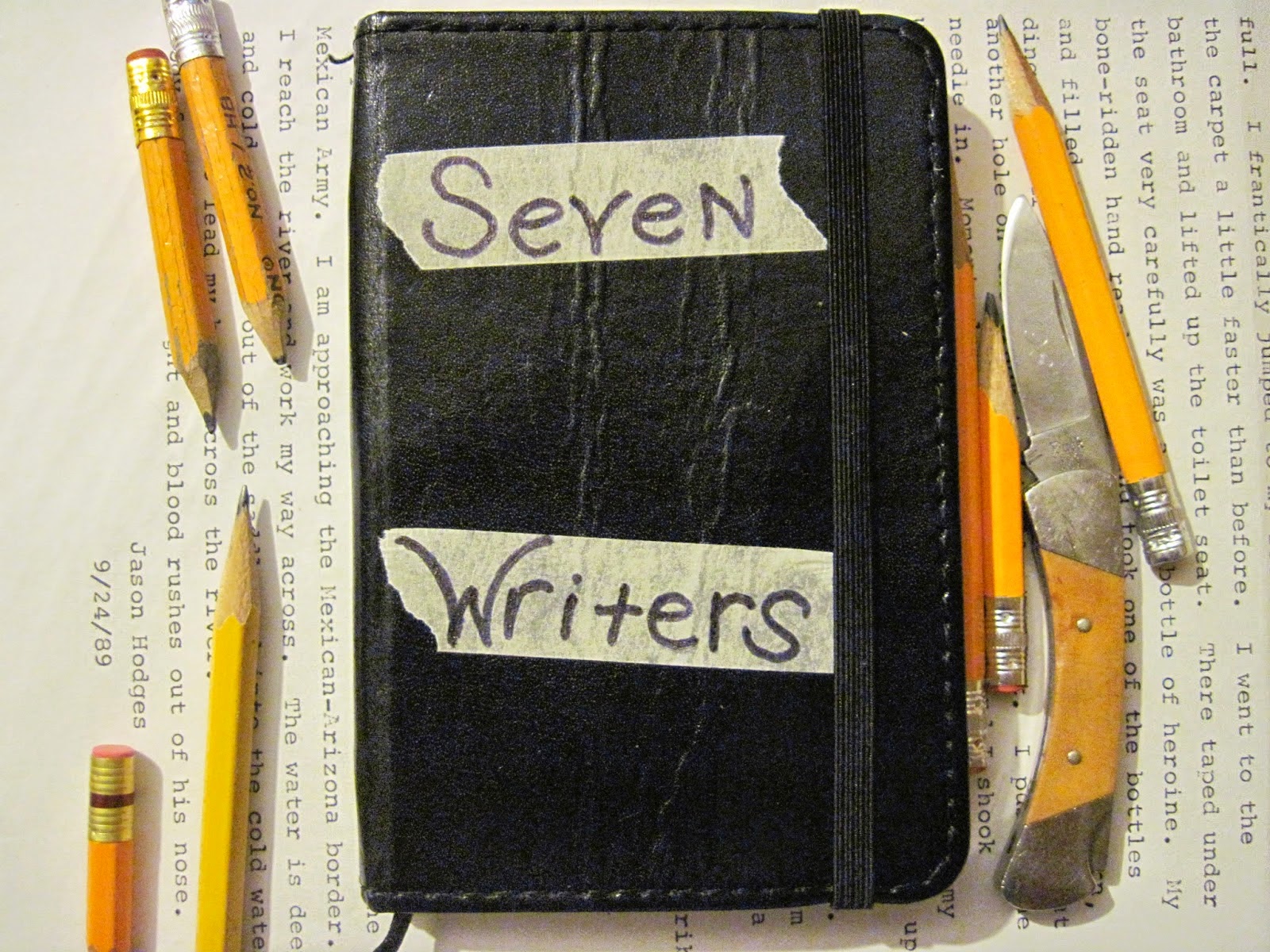 So the bit about positive book developments I promised you: It’s hard to draw a definitive causal relationship between the Stephen Fry tweet and the increased interest in GFN at the London Book Fair. But, my book had, apparently, that ill-defined quality referred to in publishing circles as buzz. The result of that buzz to this point is that publishers from Germany, Spain, Italy, and France are all considering the translation rights. Since declining my first US offer, my agents at Pontas Lit and Film continue to have conversations with North American publishers. Only time will tell. All I can say for certain is that a willingness to put the book in the world has made many unexpected things happen already. I am reluctant to guess at what the next development might be.