I have been remiss in my responsibilities to this blog, and to those who read it. Here are some reasons:
1) Life.
2) I felt I had nothing worthwhile to say. (Though that hasn’t stopped me in the past).
3) The things weighing on my mind about publishing are sorted and messy.
4) Honesty is one of the most important drivers for the things I share here. I felt it unwise to honestly vent the confusing things I've been concerned with. Which may be an example of dishonesty by omission, but I hope you won’t judge me too harshly.
5) The best, most positive and exciting reason I haven’t been blogging is wanted to bend all my focus toward completing my second manuscript. Which I am happy to report I finished several weeks ago. I have sent Missing People to a few readers. Edits and feedback have started rolling in. My intention is for it to be ready to share with my agents, with potential publishers, and others by early September. I am on track to make that happen.

Before I move on to other things, I want to take a second to acknowledge what a monumentally important and vital job my readers do for me. After spending many many months staring at, and re-reading my manuscript, I become basically incapable if seeing my own work well enough to make edits. I read the words as they were intended, rather than how they sit on the page. Without the extra eyes and insight of my readers, I would have trouble moving on to a completed manuscript. It's true, eventually professional editors will likely comb-through and nitpick the manuscript. But the cleaner it is when they receive it, the more nuanced and thoughtful they are afforded to be with their suggestions. To be a good reader takes a large time commitment. It is a lot of work. And I couldn't be more grateful. If you are trying to write, an important step is to find readers you trust and respect. On that score, I am very fortunate. 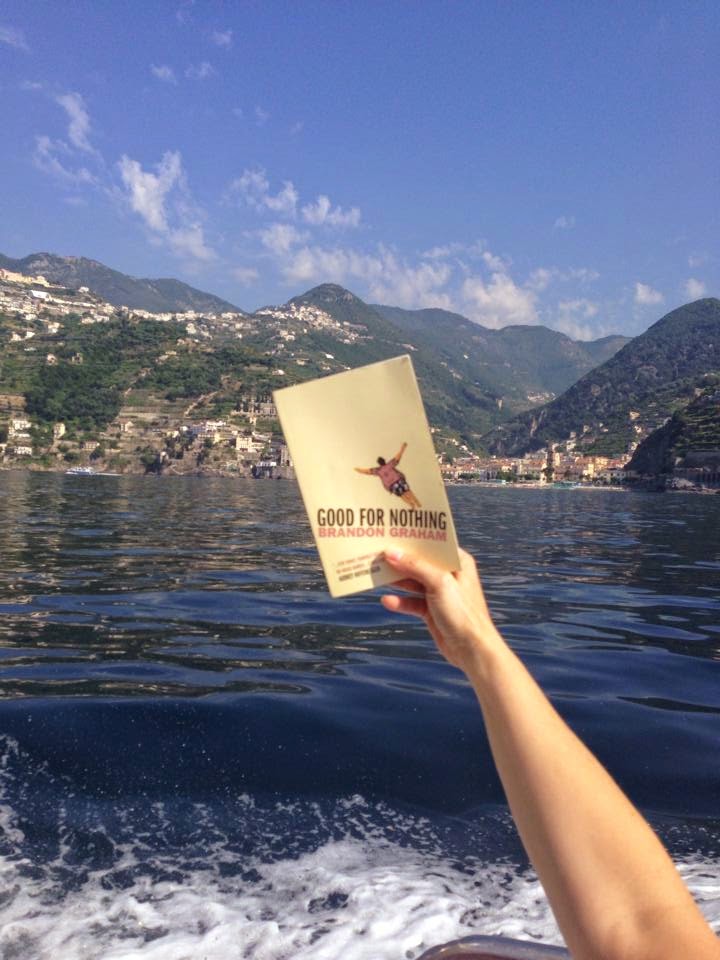 Just because I haven’t been sharing, it doesn’t mean that nothing has been happening. It’s been six months now since Good For Nothing was released in the UK. It continues to sell. Readers have generously sent me images of the book all over the globe. This collection I call, Summer Reading in Europe 2014. 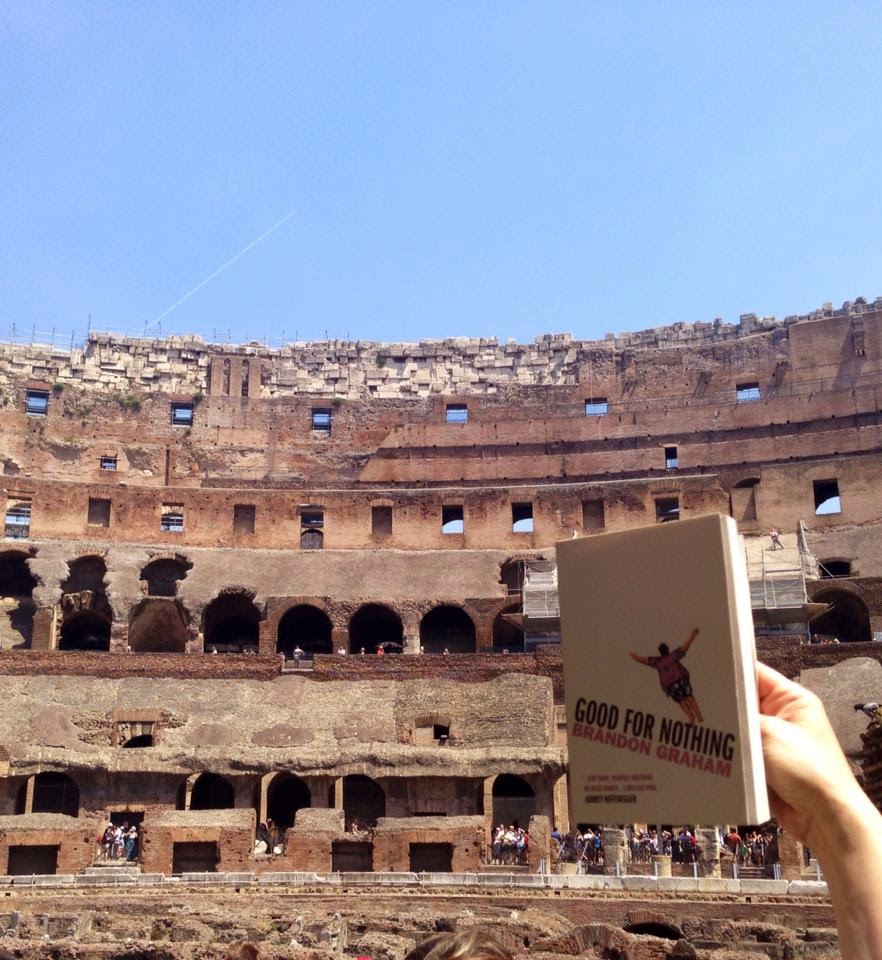 Good For Nothing was reviewed in the The Dirt Worker's Journal. It was a generous review by a good writer, so it holds a special place in my heart. Here is a snippet:

"Brandon Graham’s book, Good For Nothing, is an incredible read. Like Brown, he has an uncanny ability to sculpt his writing from the world he sees every day. His words are strong and drowning in truth."

Numerous kind readers continue to give me feedback and reviews. Here is the most recent:

Keenly observant - funny, sensitive and charming at the same time!!,
Verified Purchase(What's this?)
This review is from: Good for Nothing (Paperback)
Brandon Graham's debut novel is an amazing, page-turning, FUN and insightful read. With a very keen eye for the lunacies of the human spirit, Graham casts a lovable, klutzy yet charming protagonist in the lead character of Flip Mellis. The perennial underdog, we root for Flip throughout the novel because he's relatable and sincere while finding himself in several madcap adventures that have us chuckling either at him or alongside him. This is the type of book that's a "partner share." You know... when you're in bed together before lights go out both reading and you MUST share some funny lines with your spouse because it's THAT GOOD. Yes, this is one of "those." But don't think it's all humor. There are some painfully poignant moments about American families that many readers will be nodding their heads to. Flip is sharp, witty, sensitive and a multi-dimensional character that keeps us wanting more. Looking forward to the next novel from this fantastic and keenly observant author, Brandon Graham!

I will attempt to be more attentive to the blog as I get started on my next narrative. Cheers.