To Be Poemed and To Poem in Return

A writer and poet from Gainesville Florida, Jason E Hodges, did something remarkable. He poemed me:

Time slips by or maybe
I’m slipping as time goes by me?
Not every day is a drag
But it seems the ones
That involve passing by the TV
When the news is on
Can really bring me down
I’d much rather walk outside
Stroll down the path with my friends of the woods
Like a raccoon named Sugar
She’s so large
So big
I believe from
Eating out of the ice cream store’s dumpster
Down the street from my home
She waddles from the weeds and peers at me with
Dark curious eyes
Then slowly makes her way back into the brush
There’s also a deer I’ve named Brownie
Her husband Buck Owens and their child Jane Fawn-Da
Also come to say hello
A turkey named Loner
For
He is always alone
And a rabbit named Tag
For
It runs to me then backs away
Then back to me then away it runs
They all seem to be so much more entertaining
Than anything on the tube…
And Brandon
I still wonder how your writing is going from time to time?
I wonder about all of my friends
Who practice the craft of words
Along with my own thoughts of what next to write?
Lizzy Worth is still doing her thing above us
In that far away land called Canada
I’m sure she still scribbles words
Her cat Plumb
Most likely meowing in circles around her
As she pulls words from the air like magic
And arranges them on paper
Illian Rain is up there too
Her cat’s named Leroy
I’m sure he meows
I’m just not sure how much it affects her writing
Whatever the case
Illian and Lizzy are such strong voices
From the land of Canada
And Brandon
I still talk to Lizzie Woodham from across the sea
Emailing words through wires way over there
She’s patient with me and my questions
About her writing
About the places and things that make up Europe
From Scottish Snow Flakes
To
The Irish Sea
To
The smells and sounds of the streets of Soho
But most of all she listens to me and my wandering mind
What a friend I have in her!!!
And Brandon
Mallory Smart is still out there somewhere
The windy city I believe
Or maybe the city of wind?
She loves coffee, you know?
She writes and publishes
Publishes and writes
Words swirl around her mind
Like a cyclone
At least that’s what I believe they do!
When I met Mallory
Another person that loves “The Beats”
It gave me hope for the future
And Brandon
I still think of your encounter with Burroughs
It still makes me smile
And Brandon
I still wonder if we, us, and our friends in writing
Will ever have a name associated with our work?
With our lives?
Like “The Beats” or “The Lost Generation”
I’ve pondered this question for years?
So, I will now take it upon myself to name us
“The Holding Generation”
There! I’ve coined it!!!
For
I feel we are holding onto hope
Holding onto anything
That tomorrow will be better than today
That moms and dads will be able to hold
Their children after a day at school
That the kids will carry books instead of bulletproof jackets
Holding onto the thought
That maybe just maybe People will stop killing each other
Holding onto the idea that society Will somehow someway get their act together… But most of all
Holding on
While we continue to write and create art
That’s all I can do anymore

I’m not as brave as my friend Jason perhaps. I like to keep my idealism sheltered behind a barrier constructed of self-mockery and pretend cynicism. Though I don’t think the façade is fooling anyone who bothers to pay attention. Anyway, I wrote a poetic prose response: 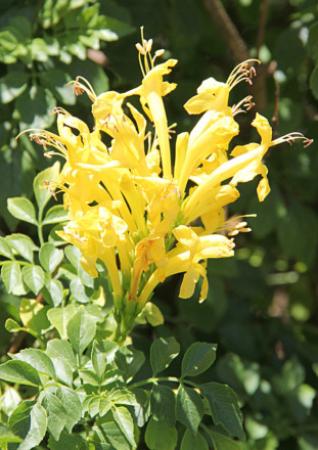 An Open Letter to Jason E Hodges
Jason, your poem knocked loose an old memory of walks in the woods. My grandfather, who was a sexual predator to his step-daughters but a kind old-man to me, used to walk me along winding and lush lakeside paths and point out the trees and vegetation we passed. As we rounded a shady bend we came upon a low flowering shrub roiling with bright humming birds. They mostly darted away at our approach. A few of the bravest lingered until we were close enough to touch them, then buzzed away in a frantic whir of blurred wings.
“Honeysuckle,” my grandfather nodded at the plant. I nodded back meaningfully. “They are crazy for the sugary nectar.” He demonstrated. He ripped a pale yellow flower from the stem, pulled a hard nub at the base of the soft petals and slid a moist white string from the heart of the blossom. “This part is the style,” he said. “But I call it delicious.” He grasped the soft filament between his pursed lips and drew it out, as if preparing to thread a needle. He said, “Ah.” Then he told me it was my turn. I remembered and mimicked his actions. The taste was not of honey, but was mildly sweet. My grandfather smiled at me. I picked more flowers and slurped them as I walked.
Back near the house we passed a fern. He said, “Watch close.” He extended one uninvited finger, slowly encroaching on the plant’s personal space. The green leaves curled at his presence, recoiled from his advances. “See,” He said. “Some plants act like warm blooded animals. They know when you’re near, they hide when they hear you coming. That’s why it’s good to keep quiet in nature, listen to the earth and the wind, the rustle of the leaves and the squirrels digging in the undergrowth. I listened.
I few years later my aunt and mother confronted my grandfather for his chronic emotional and sexual abuse. It was only half-planned, the confrontation. It happened in the kitchen as we finished a meal of country ham and green beans that had been canned fresh from the garden. It was Christmas Eve and I wanted to shake my presents and get to bed so Santa could do his job. After the rupture of initial emotional accusations and emphatic denials, taking sides and making excuses, the kids were sent into the den to watch a big-eyed cartoon version of the miracle virgin birth of baby Jesus.
My grandfather died a couple decades later. My grandmother was there physically, if not emotionally. She seemed glad to have it over with. Her last years were spent insisting she was unaware of what her second husband had done to the children from her first marriage. Her kids mostly let her have her lies. What was the point in hurting her.
Jason, your poem made me consider the way a writing life shapes the writer, how the divisions between being and doing feel thinner every year. It made me think of how the places we live, and the spaces we pass through seep into our bodies and our writing. You know Hindus believe plants have souls; that vegetation can hear and feel and even remember. Western science backs up much of that, except the soul. The soul makes scientists uneasy.
Jason, when I think of the love I had for my grandfather and how it has settled into a sour, raw feeling in my stomach, I remember those ferns. I think of the unintended ways our lives affects every living thing we come close to. And I wonder how much those shy plants knew.