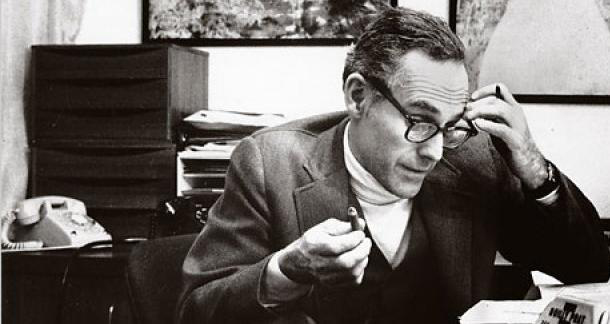 Barney Rosset, a man whose contribution to publishing I first became aware of in the early ‘90s when I read the plays of Beckett, passed away earlier this week at the age of 89. His reputation was as a bit of an outlaw: an unconventional individual who loved breaking rules and challenging conventions. He published the books that nobody else would, because they were too risqué or too avant-garde or too unprofitable. His imprint, Grove Press, eventually became synonmous with countercultural coolness and sophistication.
Rosset was born and raised in Chicago to a Jewish father, Barnet Rosset, and an Irish Catholic mother, Mary Tansey. After college and a stint in the military during WWII Rosset married American Abstract Expressionist painter Joan Mitchell in 1949. The couple later divorced but Mitchell was instrumental in Rosset's acquisition of Grove Press, reportedly for 3000$.
Through Grove, Rosset introduced American readers to numerous significant writers, including Samuel Beckett, Pablo Neruda, Octavio Paz, Kenzaburo Oe, Harold Pinter, Henry Miller, William S. Burrroughs, and Tom Stoppard. Through another publishing venture, launched in 1957, Evergreen Review pushed the limits of censorship, inspiring hundreds of thousands of younger Americans to embrace the counterculture by publishing and distributing work by Beat writers, including William Burroughs, Allen Ginsber, Lawrence Ferleinghetti and Jack Kerouac.
In an interviewed in Tin House, Rosset talked about publishing Beckett:
I had actually read a little bit of Beckett in transition Magazine and a couple of other places. I was going to the New School. My New School life and the beginnings of Grove crossed over. At the New School, I had professors like Wallace Fowlie, Alfred Kazin, Stanley Kunitz and others, who were very important to me. I was doing a great deal of reading and writing papers for them, and one day I read in The New York Times about a play called Waiting for Gadot that was going on in Paris. It was a small clip, but it made me very interested. I got hold of it and read it in the French edition. It had something to say to me. Oddly enough, it had a sense of desolation, like Miller, though in its language, its lack of verbiage, it was the opposite of Miller. Still, the sense of a very contemporary lost soul was compelling. I got Wallace Fowlie to read it. His specialty was French literature. He read the play and told me that he thought - and this before anybody had really heard about it much - that it would be one of the most important works of the 20th Century. Waiting for Godot just hit something in me. I got what Beckett writing was available and published it. He had been turned down by Simon and Schuster, I found out, much earlier, on an earlier novel.
In an era which seems dominated by publishers who are concerned with profits first and art last, it is worth our time to take a moment and acknowledge what a significant cultural contribution one person with a strong opinion can really make in our society. 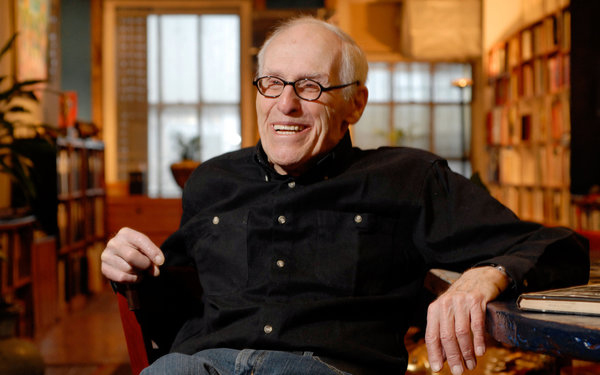