The term the Uncanny Valley was coined by robotics professor Masahiro Mori in 1970 and is a popular idea in the field of human aesthetics. His original hypothesis states that: as the appearance of a robot is made more human, some human observers' emotional response to the robot will become increasingly positive and empathic, until a point is reached beyond which the response quickly becomes that of strong revulsion. The "valley" refers to the dip in a graph of the comfort level of humans as subjects move toward a healthy, natural human likeness described in a function of a subject's aesthetic acceptability. 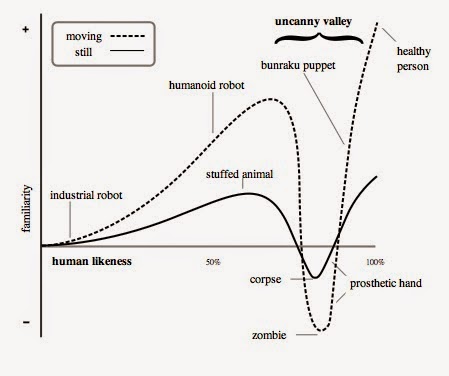 The graph above charts the valley of human repulsion. Popularly sited examples are regularly found in the fields of robotics and 3D animation. Here's one that illustrates the point pretty well. 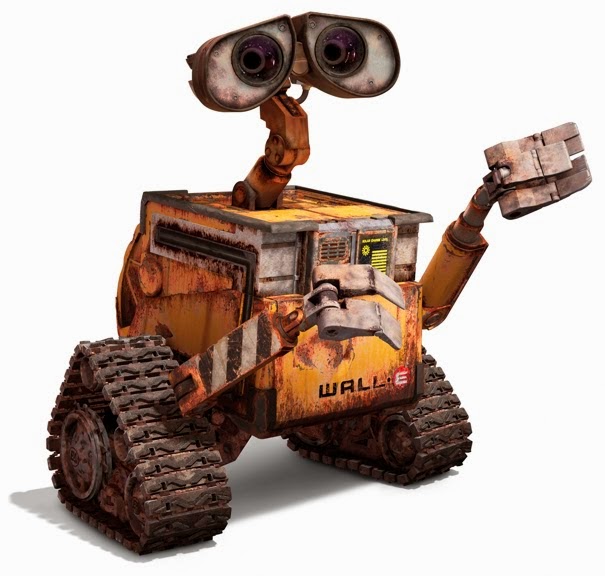 In the (mostly) computer animated Pixar movie WALL-E the little robot, the title character, is widely adored. In the narrative the little guy has been alone for hundreds of years, the last remaining robot cleaning up the ecological mess the humans left behind when they abandoned the planet. Over time he has developed a "glitch": sentience and a personality. He is kind, sentimental, a romantic. His kindness and goodness are hugely attractive. Aesthetically speaking, his squat body and ocular headlights -  which rise and fall to change his expression - are cute, attractive, likeable. WALL-E's friendly demeanor has an effect on the other robots and humans he meets and he is eventually the impetus that reboots the entire human race to start over on planet Earth. On the graph above WALL-E might be located somewhere along the arc that describes industrial robots and humanoid robots. Likely near the apex.

In contrast, the motion capture animation of Tom Hank's mystical conductor from The Polar Express 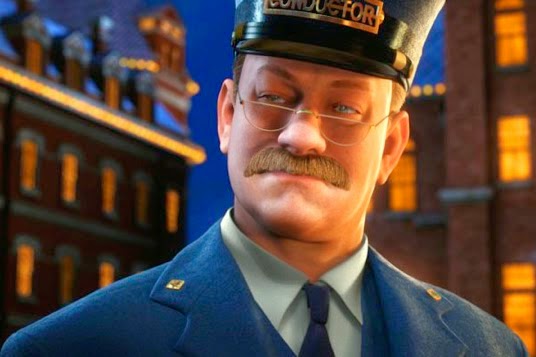 was off-putting to many people. In the context of the narrative, and in all fairness, Hank's character was a bit gruff and because of that it took some time to warm up to him. But not even the charming, charismatic everyman acting skills of the five-time Oscar nominee (and two-time winner) could charm movie goers into embracing the awkward, too-human or not human enough digital doppelganger. In other words, the Polar Express plummeted right over the edge of the Uncanny Valley and crashed at the bottom. On the above chart, this depiction stirred a response similar to a corpse inexplicably brought back to life, seemingly unaware of it's own demise. In short, it was kind of creepy and unnerving.

In Scott McCloud's very smart 1993 book, Understanding Comics, He makes an argument that I hope fits into this conversation. I'll try to paraphrase it. As the rendered likeness of a character becomes more photo-realistic, it becomes harder for the reader to imagine herself or himself in the skin of the character. In otherwords, generalized human features represent all humans, but overly detailed representations only represent one specific person. 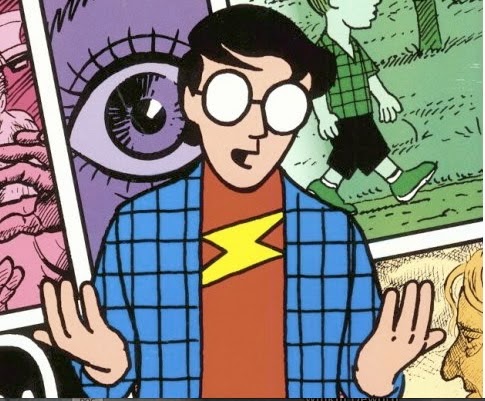 So if the question is, why do we, collectively speaking, react with increasing warmth toward characters that demonstrate more and more human qualities, up to a point, and then quickly and strongly become repulsed; then the answer may have to do with our own hardwired compulsion to reflexively judge and react to other humans.

We love to anthropomorphize our pets, treating them more and more like toddlers than animals. We name our cars, ships, planes, guns, body parts and guitars. We like to filter our understanding of the external world through our highly refined, split second and instinctive capacity to judge other people as safe, good, healthy, a part of the in-group or bad, sick, dangerous, and not a part of the tribe.

The summer before I taught my first college level class, I spent two weeks in a "How To Teach" workshop. One statistic I recall is that a group of students make a strong and lasting judgment about how they feel about an instructor within the first 4 seconds of the first day of class.

My real interest here is that I suspect this same instinct to judge others visually and to viscerally react at a subconscious level also applies to the characters that populate composed narratives. Readers form an image of characters. It happens more slowly than if a person was standing before them. Perhaps rather than 4 seconds it takes 4 pages, or 4 minutes or a chapter. But through tone of writing and descriptive details a character's image is put through the same filter as a visual representation. Knowing this unavoidable human instinct, writers can either meet or subvert the expectations of the reader in order to make an artistic point, or a social commentary. This may be the reason why one cogent, defining detail about a protagonist combined with a strong voice may allows the reader to build an image of a person they might like to spend time with, filling in the gaps with what they choose. While long, exact descriptions of every detail of a hero's physicality and personality may actually lead a reader to judge a character harshly, to take longer to embrace the character, take longer to feel committed to the narrative, and by extension doubt the veracity of the authorial voice. To state it another way, a smart, accurate, but loose depiction leaves room for a reader to bridge the gaps in a way they are most likely to empathize with. But over-defining pushes the reader closer and closer to tipping over the apex where empathy turns to suspicion and where the reader is lost down a narrative pit.

In fresh book news: there is no fresh book news.
My UK publisher met with US publishers that my agents have been in discussions with about the rights to Good For Nothing. I haven't heard how the meetings went, or what if anything is in development. I have been working to finish the last of the editing on my second manuscript, and have been brushing-up some short fiction with the intention of curating a collection. I also finished some short fiction for a forthcoming artist's book. I haven't heard much from my agents lately. That is all. More news to come. Or not.